Recently, Stephen Lloyd MP visited a Saturday morning diddi dance class run by Joanna Oastler of diddi dance Eastbourne, Uckfield & Hastings. Joanna was thrilled to have him along and excited for her diddi ones to help him out in the class. Stephen Lloyd MP had the following to say about the class: “It was absolutely exhausting just watching Joanna run the diddi dance class! The very young children, though, just loved it.  It’s very clear the sessions are not only great fun but help the kids’ confidence and movement skills enormously.  Well done Jo but phew, hard work!”

To read all about the visit see the article below: 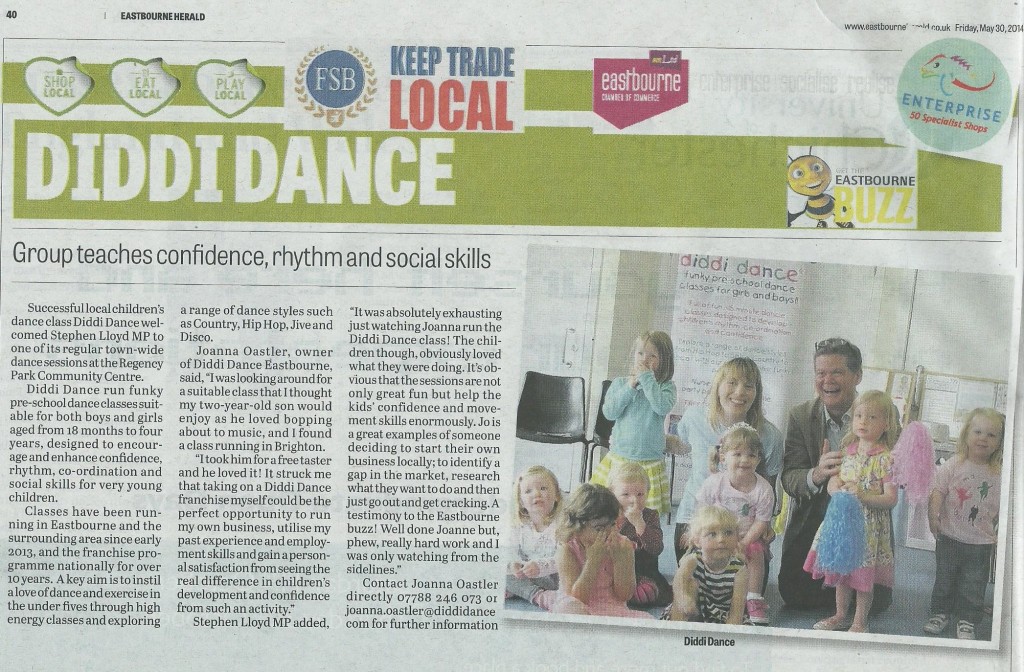 In other news, Joanna and a team of diddi mums completed their 10 mile Midnight Walk in aid of the local children’s hospice (Chestnut Tree House).  They were amongst over 800 walkers on the night and as a team they raised a whooping £877! Amazing! Their team target was originally £500 and in the end they were 2 people down, so they are absolutely thrilled with the amount donated to them. Congrats ladies!

Their team photo also features on Chestnut Tree House’s webpage telling the story of the night, so they’re famous now too! Click here to see it and read all about the event. Joanna has already registered to take part again next year, with a new diddi dance team along with a couple of this year’s team too, so if you want to get involved contact her today!

To get in touch with Joanna from diddi dance Eastbourne, Uckfield & Hastings visit our Contact page now.