Research experts Smith & Henderson have today announced the finalists in the 2015 Best Franchise Awards sponsored by the Royal Bank of Scotland.

The awards are based on feedback from thousands of franchisees that have completed the Franchise Satisfaction Benchmark. The survey asks franchisees to anonymously rate their franchisor on everything from training and support to shared goals and how it has compared with their expectations.

We at diddi dance are luck enough to be a finalist based on our fantastic satisfaction survey results 95% which also resulted in us being awarded  5 Star Franchisee Satisfaction Award – Click here to see the report summary. 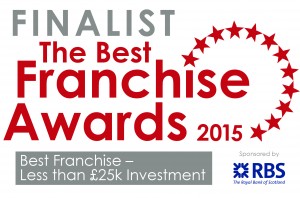 Many congratulations to all our finalists; because of the unique way our awards work, based on testimonial from their own franchisees, these finalists should be congratulated for already being amongst the best of the best in British franchising. All our finalists will be attending the Best Franchise Conference and awards final on 26 November 2015, a day not only to find out if they are overall winners in their categories but also to hear from industry experts on issues that directly affect them from, ‘Profiling, recruiting and structuring master franchises’, to ‘Increasing your franchisees’ financial knowledge’. If you run a franchised business and would like to meet and learn from these successful business owners and our industry experts, please do come along, you would be very welcome. Tickets are on sale via our website.’

The standard of entries has once again been very high and demonstrates the strength of the franchise industry and its contribution to the growth of the economy. We are delighted to be sponsoring the awards for a second year and wish all the finalists the very best of luck. All are deserving winners and we are pleased to see some new names being recognised for their success.”

The finalists of the 2015 Best Franchise Awards will be announced during the Best Franchise Conference to be held in Milton Keynes on Thursday 26 November 2015. More information and tickets are available from www.smithhenderson.com