We are delighted to be celebrating this most prestigious of awards for Anne-Marie at diddi dance HQ. 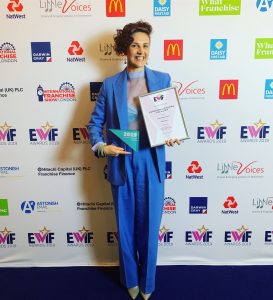 Anne-Marie was awarded the title at the EWIF ceremony yesterday, due to a hugely successful year last year, both as a franchisor, for her brand and network, and personally. This included delivering talks at local women’s networking events, sharing her experiences at franchising events, and inspiring the next generation at local schools, advocating franchising at every opportunity.

Improvements to the franchisee training and ongoing support, has seen the network feeling more motivated and empowered with even more webinars, face-to-face meetings, and forums. As a result, based on franchisee satisfaction, the franchise has been awarded 5* status for five years in a row. Whilst overall turnover increased, right across the network.

We also give huge congratulations to our franchisee Charlotte Foxley who runs diddi dance North Essex and South Suffolk, for winning Woman Franchisee of the Year 2019, Sponsored by McDonalds. 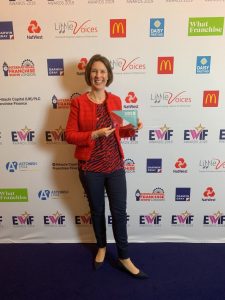 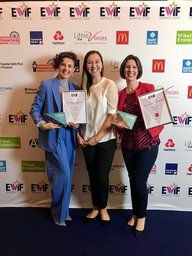 And a massive well done to Emily Norman who runs diddi dance Bristol, for making it as a finalist in her category of  Young Woman in Franchising, a brilliant achievement.

We’re so proud of all of our diddi finalists and winners!