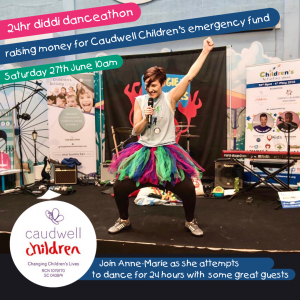 Will you be joining us on Saturday 27th June, to see our founder, Anne-Marie Martin attempt a 24hour diddi danceathon for Caudwell Children?💃🏻🕺🏾

This week should have been Children’s Activities Week 2020 and while we wait for the right time for it to take place, we are excited to help raise vital funds for Caudwell Children’s emergency fundraising appeal.

This awesome charity changes the lives of disabled children by providing access to the services, equipment, therapies and treatments they so desperately need 💚💗💙

We can’t wait for the challenge to begin and see which exciting guests will be joining her online.

We hope you will join us and all support is welcomed. See you then!

We are super excited to announce that we are continuing to provide diddi dance online so you can join in at home direct from your living room. 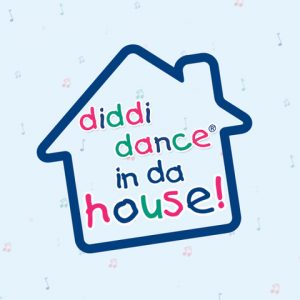 All our online sessions will be run by our regular teachers to keep your little ones active:

We have had awesome feedback from the families who are already joining our online sessions and you can join us too! Contact your local diddi dance here, for all the information and book your place.

We hope you’ll be joining us very soon 🙂 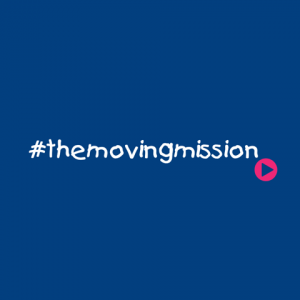 “We simply need to move more during the day, throughout the day, every day. I believe we should stop talk about exercise altogether and start thinking instead about movement” David Higgins, Personal Trainer to the Stars.

Anne-Marie says “Setting healthy habits in children before the age of 5, is so important to how movement is viewed throughout life. Physical activity releases endorphins creating positive emotions and feelings which promote emotional and mental health as well as the obvious health and fitness benefits. It can help relieve stress and enforce body positivity. Activities in the early years are key and by encouraging both genders in non-competitive activities can help with their confidence and social skills.

Being physically active should be fun, something to enjoy and look forward to rather than too disciplined and intimidating. Positively encouraging children to be active will impact their views and behaviours into school and even adult life. My passion lies in dancing although we want to encourage all forms of physical activity with #themovingmission. diddi dance sessions are all-inclusive which we believe promotes acceptance of diversity and all abilities.”

Will you join us in the #themovingmission and encourage a love of moving that will last a lifetime?

We are absolutely thrilled to have had a number of new franchisees join our network here at diddi dance over the last few months. Meet them here to see where they are running fun packed classes, maybe they are local to you? If you’d like to join one of their classes, please contact them below or complete an enquiry form to book a trial here 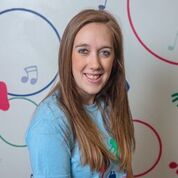 “My name is Josie Ward and I am the owner of diddi dance Torbay, Central Exeter and surrounding areas. I started dancing at the age of 2 years and have never stopped! I have previously worked as a dancer/entertainer across the U.K, mainly at holiday parks- performing in shows and running daytime and evening children’s entertainment. I have recently completed my Level 3 Early Years Educator course at South Devon college whilst working as a Nursery Nurse within Torquay. Having gained all my experience, I really have found a gap in the market for diddi dance in Torbay/Exeter which really benefit children’s physical and social development, whilst in a fun, relaxed environment. I am so excited to meet and dance with you all.” “I started my diddi dance journey teaching classes in 2017 and am now excited to be bringing more classes to Shrewsbury and South Telford as a franchisee. I keep very busy in my spare time with my three children who love practicing different dance routines with me at home, especially all the cool moves from diddi dance Hip Hop!” 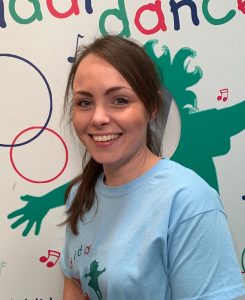 “Having danced since a young age I always wanted to be a dance teacher, and luckily for me a local job opportunity lead me to diddi dance! I love our classes and cant wait to share my passion for dance with as many people as possible through diddi dance sessions! Whether you’re young or old, what can beat a boogie?!” 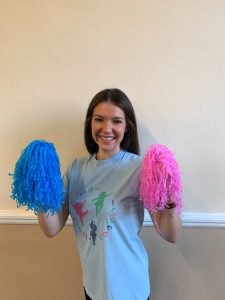 “Hi my name is Natalie and I run diddi dance South Manchester, after the opportunity came up to take over at the end of 2019 having been a diddi dance teacher in the area since 2014.
I have been dancing my whole life along with acting and singing and started my career early as one of Ken Dodd’s Diddymen touring theatres throughout the UK as a child. I spent part of my adult life working as a professional dancer in family shows abroad and entertaining children of all ages throughout the day. I then went onto dance and sing in tribute shows touring the UK. I also do modelling and have had small TV roles as well.
I now have 2 beautiful children, who have also been diddi dancers and I wanted to carry on with my love of dancing so this lead me to teaching for diddi dance which I thoroughly enjoy, so running it was the perfect next step.
I look forward to meeting and dancing with you all xxx”

We have new classes starting in the new year, January 2020. See below what’s running in your area and contact your local diddi dance to join in the fun.

Our new theme for January will be Hip Hop!

diddi dance are excited to announce that we have officially become a hero partner for Children’s Activity Week 2020. 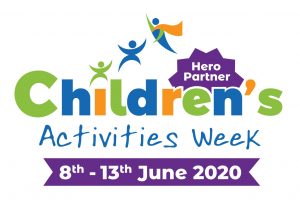 Children’s Activity Week will take place next summer from 8th-13th June 2020 to fundraise for Caudwell Children.

Its also a chance for us to celebrate the hundreds of thousands of activities, clubs and classes running across the UK, benefiting both parents and children, from babies to primary school age. The variety of activities highlight the many health, well-being, social and educational benefits for the whole family.

Along with the inspiring and dedicated people, companies and experts that provide these amazing activities, everyone takes part in a whole week of fun and fundraising to change the lives of children with autism and continues to raise standards across all children’s activities.

The launch event takes place in February so look out for more information, and we hope you’ll be able to join us in one of our classes during the week to celebrate. 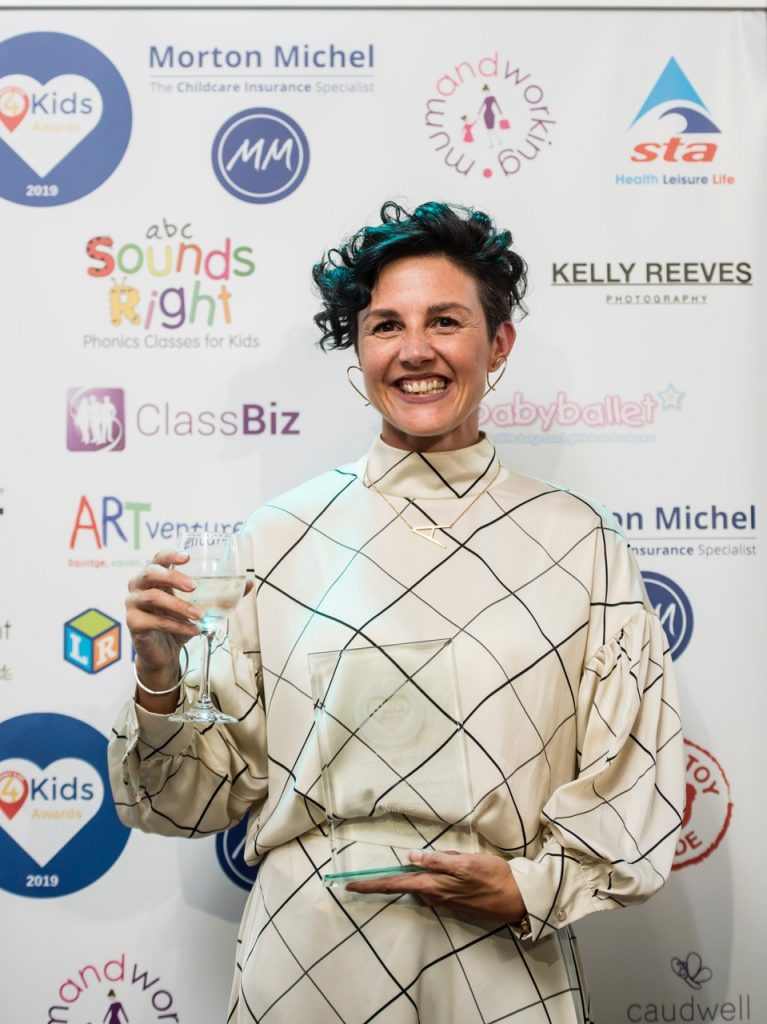 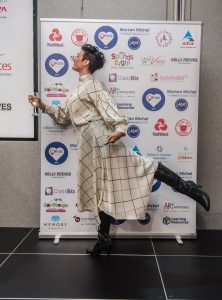 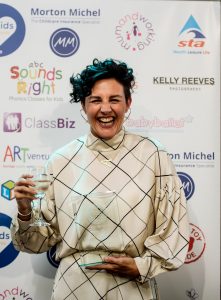 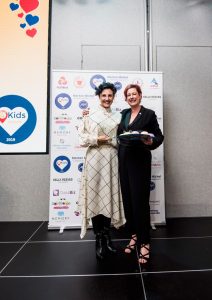 We are leading the way in encouraging activity and movement in a fun and safe environment, and are sharing a brand new video to show parents exactly what they can expect from joining in a diddi dance class with their little ones.

Our founder Anne-Marie Martin said “we have created a brand-new video for diddi dance, which looks to convey our core mission – encouraging a love of moving that will last a lifetime.

We are absolutely committed to providing a healthy, welcoming and safe environment for the next generation, giving families a way of enjoying movement together and inspiring children from the crucial early years stage to enjoy moving.”

Try a diddi dance class near you today 💃🏻🕺🏼 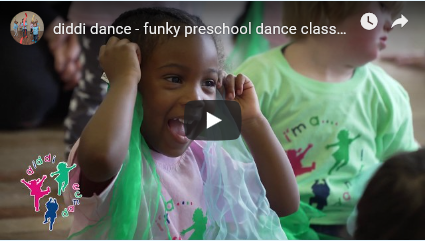 We are excited to announce we have lots of new classes starting this September. See below what’s running in your area and contact your local diddi dance to join.

Our new theme for September will be BOLLYWOOD!

In the meantime we do still have a number of summer classes running throughout August with our Reggae theme so why not take a look here for those to keep up with the fun. 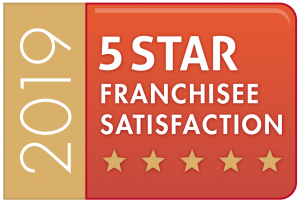 diddi dance has received the results of its Franchise Satisfaction Survey conducted with Work Buzz. This is to ensure that we can continue to build upon the work we do with our franchise network and to improve the service we provide to our franchisees.

For the 6th year running, diddi dance is extremely proud to have been awarded the 5 Star Satisfaction Award from the survey, with an overall satisfaction score achieved of 85%.

“to identify and understand how the franchise is performing through the eyes of its franchisees. This survey covers the critical areas of training and support, products and services, marketing, franchisee-franchisor relations, leadership and rewards.”

Just some of the feedback we received about our diddi dance franchise from our current franchisees includes:

“Always very supportive. Always available to help at any time.”

“The branding is incredible and the new marketing is very innovative.”

Top franchisors, based on the feedback, are then shortlisted for the Best Franchise Awards

To be part of our award-winning franchise network please get in touch today!